Â« Mauricio Lasansky was, in the mid 60s at the University of Iowa, the professor that opened-up a whole new world of printmaking for me with his passion for this form of expression. Â»
Born in Buenos Aires in 1914, Mauricio Lasansky emigrated to the United States in 1943 and took US citizenship for political reasons. In 1945 he obtained his first teaching post at the University of Iowa as visiting professor for the graphic arts. In three years, he became a full professor and establish the printmaking department, offering the first master's program in this area in the United States.
Mauricio Lasansky is now considered one of the fathers of modern printmaking. He died in 2012. The above link is a comprehensive site about the artist and his work where one will discover the full catalog of the artist's prints, prepared by his son.  (Note: this link is directed to this page). 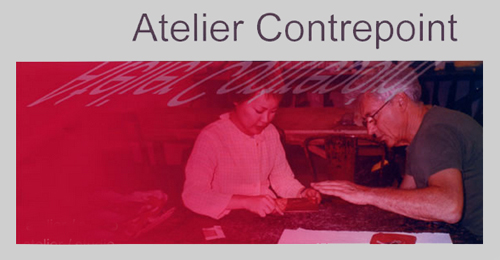 Â« My American diplomas in hand, I decided to move to Paris in 1970. There was still more for me to learn about prints and the reputation of S.W. Hayter was well known. I therefore immediately integrated into his famous Studio 17. Â»
Stanley William Hayter should be considered one of the fathers of modern printmaking and his famous Atelier 17 as one of the most important print workshops of the twentieth century. He was both a great innovator - some say "a technical wizard" - and a great promoter of the art and was one of the key figures of the Surrealist movement. Born in England in 1901. He moved to Paris in 1926 and founded his Atelier 17 the following year. This experimental workshop would play a central role in the field of graphic art and be a magnet of creative energy. Chagall, Ernst, Giacometti, Lipchitz, Miro and many others worked there. Hayter continued the workshop in the United States (New York) during and after the war (1940-1950), but returned to France in 1950 where he reestablished Atelier 17. Two of his books are "essential" reading for printmakers: "New ways of Gravure" (1949) and "About Prints" (1962). At his death in 1988, Atelier 17 was renamed as Atelier Counterpoint. It is now run by the Argentine artist Hector Saunier. 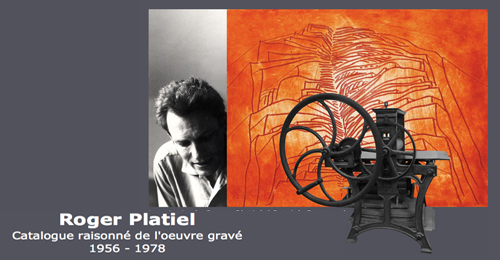 Â« I met Roger while working at Hayter's Atelier 17 in the 70s. My future wife Isolde Baumgart  had been his friend since studying art in Kassel. Â»
Born in Paris in 1934, the life of Roger Platiel has been brief; he died in 1978. He left a significant and singular quality ofwork consisting of nearly 200 plates executed between 1956 and 1978.
Almost forty years after his death, the catalogue Â« The complete works of Roger Platiel Â», prepared by Patrick Bertrand, has just been published a few months ago, both a version directly accessible on the Internet and the paper version. His work is particularly beautiful, unusual and poetic. Today, thanks to this catalogue, everyone can appreciate all of this graphic work and make an accurate assessment of the mark it has left. 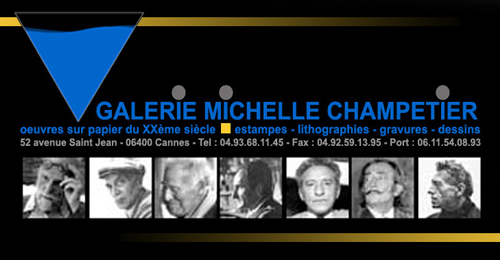 Â« My work is represented, among others, in this gallery whose base is in Cannes, but its coverage is international. Every two months, the pages devoted to my are updated  with some new prints. Â»
With a rich experience of 25 years, including ten years in her own gallery in Nice, Michelle Champetier is dedicated primarily to defending the art of printmaking (etchings,  woodcuts, lithographs, serigraphs), but also drawings and multiples (sculptures and ceramics) of artists of the twentieth century. Since early 2003, the gallery has chosen to work exclusively on the Internet.
The gallery website, in 5 languages (French, English, Italian, Spanish and German) features over 7,000 works for sale for more than 600 different artists.
Prints lovers will discover here many fine examples in this particular field of Art: prints of course, but also biographies, annotated catalogues, glossaries, as well as advice. 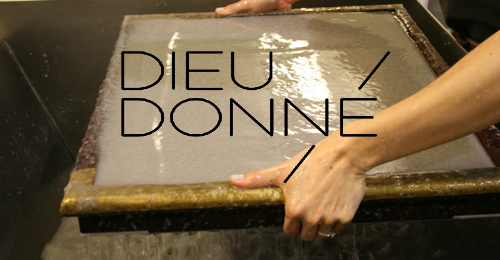 Â« It was in 1973, when I accepted a teaching position at the University of Wisconsin-Madison (USA), that I had Susan Gosin as a student in my printmaking class. Soon after she established her papermaking workshop in New York City.  Â»
Dieu DonnÃ© was founded in 1976 by Susan and Bruce Gossin Wineberg to explore the potentials in this untapped area of printmaking; handmade paper as a medium of art. Based in New York City, they offer artists both a wide variety of creative possibilities in this area, encouraging experimentation and the creating of innovative works of art. The process is done by the close relationship between employees of Dieu DonnÃ© and artists. Dieu DonnÃ© has always tried to teach a new visual language, putting among artists a wide range of multiple experiences and always searching for true artistic innovations. Dieu DonnÃ© is sharing this work with the public through its Gallery (315 West 36th Street New York, NY 10018) and educational programs. 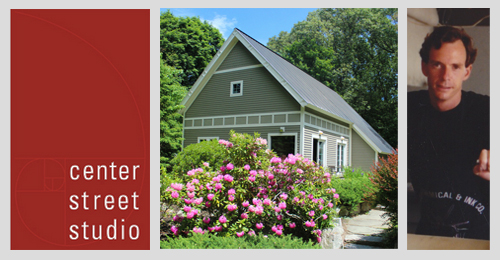 Â« Jim Stroud was one of my brightest students when I was a teaching prints and drawings at the College of the Holy Cross in Worcester (Massachusetts), between 1977 and 1982. He continued its way with enthusiasm and created this workshop for printing and publishing of contemporary prints in Boston. Â»
In 2014, Jim Stroud and his team celebrated thirty years of the Â« Center Street Studio Â». An artist himself and printer, Jim Stroud worked in Paris in the Atelier 17 of Hayter in the early 80s (1980-1981) and completed his education (paintings and prints) at Yale School of Art in 1984 . This was also the year he started this workshop in Boston and since then hundreds of prints have been published from its presses. Artists, often American, with national or international reputations work there. The Studio is always looking for young emerging artists with new ways of seeing. If the Center Street Studio is more specialised in different intaglio techniques, it also offers the printing of woodcuts and monotypes. The premises of the workshop, located in a beautiful environment, are large, fully equipped and give the artists the optimum condition for creativity.